The new M2 MacBook Air: All Your Questions Answered 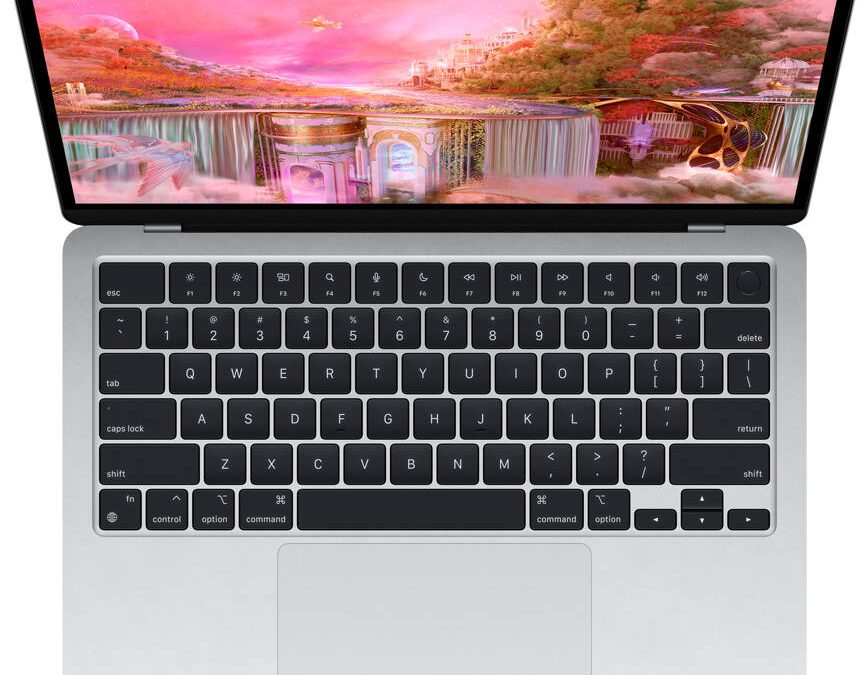 Both Apple M2 configurations have a capacity of 100GB and a maximum of 24GB combined LPDDR5 memory. According to Apple, the system-on-a-chip M2 is 18% more powerful than the M1 on the CPU side and 35% more powerful on the GPU side.

The MacBook Air has many changes, starting with the chassis, which is now flat. In addition, the notebook now has flat, sleek edges in the style of the new Pros.

Plus, overall, the notebook is thinner and lighter than it was. We removed the lettering that indicates the model. MagSafe was introduced, freeing up the extra port for connecting something else. Changed the design of Touch ID – now the round scanner is in a square button.

The display is now 13.6 inches. The screen is brighter, now reaching 500 nits. But it’s still IPS, not mini-LED. So black is not a perfect black.

There is no speaker mesh. But then the question arises: where does the sound come from? You open the laptop, and those holes, which in other MacBooks are used for cooling, are used to make a sound. So it reflects off the screen and goes straight to your face.

And then there’s the new 1080p webcam, and it’s better than the last generation. And, of course, the new system on the M2 chip.

What’s not so good

MacBook Air has four problems that Apple tries not to talk about.

Is it worth buying?

The main problem is the slow memory of the younger configurations – the most popular. But also, the heat dissipation in laptops has become noticeably stronger.

Notebook cases are no longer as well designed to use the power of the M2 chip compared to the M1. And this increased power is achieved by a more significant number of cores and overclocking frequencies. Accordingly, the heat dissipation is more, but the stability and gain are less.

For the MacBook Air, this is hardly a big problem. However, if you want a stylish new laptop, won’t use it for any intensive tasks but want MagSafe, a brighter and bigger screen, design, camera, speakers, and other goodies, this is a good option.

Remember that you’ll have to pay extra for up to 512GB of memory if you want an M1-level SSD for speed.