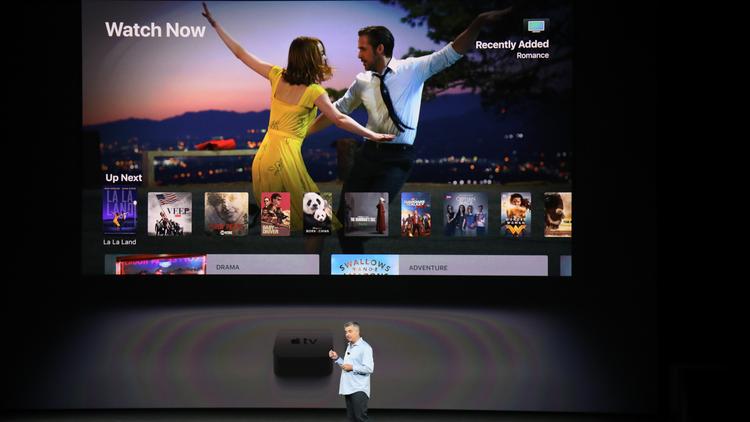 Are you ready for a new development from the good people behind Apple? Well, you might not have to wait for too much longer. It seems that Apple is starting a new TV streaming service. In fact, Apple introduced the streaming service at the March 25, 2019 event. The streaming service will serve some of Apple’s own original content in the form of television shows and movies, but they will also be offering streaming subscriptions from third-party sources such as Starz, Showtime, and other popular channels. This could mean that users can get quality TV services using their Apple devices so everything will work together. Users will be able to access the services using the TV app on their iPad, iPhone, and of course, Apple TV.

Apple has been in negotiations with companies to be able to offer the ability to stream services as part of its regular offerings. As part of this deal, Apple wants to be able to offer channel packages in a way that makes it cheaper to purchase a package of channels instead of purchasing individual channels. More is better, right? And more channels for less money is definitely better!

There’s not yet a complete list of which channels Apple will include in their bundles, but the word is that Apple has already signed deals with 15 streaming channels. These channels will offer separate subscriptions. These are likely to include digital-only services like Tastemade and Cheddar as well as popular cable TV channels like Starz, Showtime, and HBO- although Apple has not yet made a deal with HBO. That may be coming in the near future. Many Apple fans are crossing fingers and toes that they will be able to add HBO to the lineup so all Apple fans can indulge in their Game of Thrones fix.

Although it’s too early to tell when Apple will be able to offer these products, it certainly looks like something that will be beneficial to Apple users. If Apple is able to provide discounted access to packages of channels, that would give them an advantage over other companies that offer individual channels for a premium price. Companies like Amazon also allow customers to get streaming services for cable channels like Showtime with their Amazon account; but customers have to pay full price for this privilege. If Apple can offer a discount for more channels in a bundle format, it may draw new customers to try the services. And you know the people behind Apple will make sure that they keep customers happy as they are able to integrate yet another feature to make customers stay loyal to their Apple products.

According to sources that have reported this coming development from Apple, the goal of Apple is not to be a competitor to streaming services like Hulu and Netflix. Instead, Apple is planning on acting like the middleman for streaming video subscriptions while taking a cut of the profits and offering a discount to customers. And like many other companies that offer streaming content, Apple does plan on having some original content. However, at least to start with, it seems that original content is to be more of a bonus instead of the main attraction. That’s not to say that Apple won’t be able to come up with some original content that becomes a massive hit. Once they have some experience developing original content, they are not likely to be content unless they are offering the very best.

What’s in it for content partners with Apple? Well, it seems that Apple is working on a revenue-share similar to what Amazon uses. This would be from 30 to 50 percent of the subscription fee, which is not too shabby. However, unlike Amazon, Apple doesn’t plan to offer as much access to data. Since Apple has such a huge subscriber base, many companies may find it appealing to work with Apple to have access to more customers they may not have previously had access to.

Are you eager to get started using Apple’s upcoming subscription service? As mentioned earlier, the streaming service was announced at the March 25 event just a few days ago. The service is expected to be available in the United States later this spring. After the US launch, the service is expected to roll out to other countries so hopefully the UK is not too far behind.